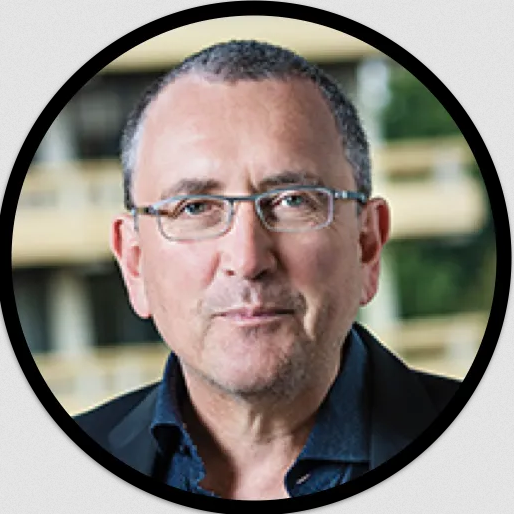 Stefan Rieger, Dr. phil., since 2007 Professor for Mediahistory at the Ruhr-University of Bochum. Studied German and Philosophy, received a grant from the “Graduiertenkolleg” Theory of Literature (Konstanz) where he continued his research as member of the “Sonderforschungsbereich” Literature and Anthropologie.
His doctoral dissertation was on baroque art of memory (Speichern / Merken. Die künstlichen Intelligenzen des Barock, München 1997).
His Habilitation concerned the relation between Media and Anthropology. (Die Individualität der Medien. Eine Geschichte der Wissenschaften vom Menschen, Frankfurt/M.2001.)
Stefan Rieger was a recipient of a DFG Heisenberg fellowship. Stefan Rieger was research fellow at the KuKo (Kulturwissenschaftliches Kolleg Konstanz) and at the MECS (Lüneburg).

As part of the lifeworld, the humanities cannot evade the multifaceted and persistent discourse of crisis that has hardened around the concept of the Anthropocene. Over the course of post- or transhumanism, and after years of political abstinence and socio-political marginality, the humanities have begun to pipe up again. Like everything that is being renegotiated under the influence of this crisis — from the way we live and work, feed ourselves and persist, to the way we use resources — the humanities are fundamentally being called into question. Will they insist on further maintaining their institutional traditions and therefore accept that they have been no more than a single episode in the order of knowledge? Or will they succeed in developing their potential, embrace a more robust form of resistance, and become a form of post-humanities with a powerful voice? In other words: Will the humanities succeed in using strategies of resilience to counter the meaninglessness that was a part of their academic culture?

The danger of marginalization does not come from nowhere; it is an inherent component of the humanities. With their orientation toward the past, they largely seem to have forgotten about the present and the future. This is a heavy burden in relation to the natural sciences, whose significance is typically recognized. The expertise in the humanities may be enormous, but it is often disconnected from social debates and political discourse. It is highly specialized; it causes colorful flowers to blossom on the tree of one exotic subject or another; it is occasionally endowed with the characteristic style of the narrow-minded and self-satisfied elite; it often relies too heavily on presupposition; and, despite all protests to the contrary, such expertise is often difficult to communicate. For the humanities, the universally proclaimed demands for inclusion and participation seem to apply only selectively. The humanities are situated in universities and faculties whose very genesis is part of a bygone history of knowledge and education. Despite cyclical gestures toward openness, which, with keywords such as trans-disciplinarity or interdisciplinarity, belong to the common rhetoric of every application for funding, an immense force of inertia tends to keep disciplinary divisions in place. In this regard, the humanities are quick to point out the special nature of their subjects, and yet the use of computers to conduct research in the digital humanities has already called into question the self-image of the humanities and their objects of study. Gone is thus the formally unascertainable nature that once ennobled not only the object of humanistic research but also, by implication, the scholars engaged in it. Distant reading is still regarded as a violation against the traditional form of close reading and the hermeneutic purpose that Wilhelm Dilthey had assigned to philology. The goal of the latter is to understand the poet better than he understood himself.

Such tendencies toward compartmentalization are opposed by a very fundamental experience. The systems of our lifeworld are too intertwined to be described and managed by any singular type of expertise. We can all agree with the assessment that our ubiquitously apparent vulnerability is something that extends beyond human beings and concerns other species and lifeforms. This vulnerability, which has come to light under conditions of crisis, not only creates differences and various susceptibilities; it also equalizes. And it requires new forms of solidarity and cooperation that can transcend the boundaries between species and make new types of communities conceivable (mixed societies, multispecies communities). Given that the humanities remain so eager to attach prepositions such as post or trans to their own name, this in itself is necessarily an indication that the humanities remain a federation of disciplines with clearly delineated objects of study and unambiguously differentiated (and accepted) approaches. Yet the very things that one hopes to enclose within disciplinary boundaries are themselves in motion. In hardly any other discipline is this as apparent as it is in the field of media.

Thus, the contribution of a sort of media theory that is oriented toward cultural studies and the humanities might lie in replacing obsolete theoretical set pieces, which treated media as human tools, with new theories that can describe the present situation more adequately. It would therefore have to take into account the fact that, today, media are no longer easily identifiable devices in the world but rather that they have become — as a result of seamless, pervasive, ubiquitous, and ambient computing — a self-evident component of a technically permeated and networked lifeworld. Media affect the constitution of the subject just as much as they affect the idea of sociality; they therefore alter both our own image and the image of the world. This is the home of new actors, new communication and collaboration, new designs and participation, new responsibilities and social forms.

In order to align with such dynamics in the lifeworld and methodically comprehend phenomena of this sort, the humanities need to function more strongly as a reflexive framework. This framework must do justice to the changes taking place and take into account, for instance, the fact that agency has been disassociated from human beings and that the related redistributions of autonomy need to be described differently. The world in which we live and which deserves our theoretical attention is a world of autonomous vehicles, sensor-supported robotic nurses, and communicative bots. It is world in which traditional classifications meet their limits; in which, in addition to plants and animals, new object areas have appeared in various degrees of technical mediation. It is a world in which what is natural and artificial, what is made by hand and generated by algorithms, what is left in its natural state or augmented, the real and the virtual not only call into question customary praxeologies but also open up altered socialities and responsibilities.

A corresponding manner of reflection has to be flexible, particular, and unencumbered by the promise of timeless validity. Its revisability should not represent a shortcoming, and neither should its renunciation of a firmly delimited canon of objects and approaches. With regard to the posthuman humanities, Rosi Braidotti has assembled her own catalog of virtues and methods. The latter includes ‘cartographic accuracy with the corollary of ethical accountability; trans-disciplinarity; the importance of combining critique with creative figurations; the principle of non-linearity; the powers of memory and the imagination and the strategy of de-familiarization.’[1] Because it goes without saying that such considerations also concern institutions, the university, as a monopolized locus of knowledge production, will not be unaffected by them. The classical university will have to change in order to open up new fields for the transhuman humanities — fields such as ‘humanistic informatics, or digital humanities; cognitive or neural humanities; environmental or sustainable humanities; bio-genetic and global humanities.’[2]

If they want to survive and be taken seriously, the humanities will have to adjust without giving up entirely. They will have to develop a different attitude toward technical possibilities, toward the environments and life practices into which they are embedded, toward the objects and methods to which they consider themselves obligated, and they will need to form a systematic whole (something which they have often approached from a distance). In short, they will have to become resilient, which means that the impulse to adapt to externally induced problems will have to come from within. To be resilient is not to capitulate to one self-expectation or another. Resilience is not an opportunistic reward for one’s own expertise but rather an attempt to reassert oneself. With respect to the formation of theories, resilience would consist of abandoning the claim to universality and nevertheless intervening. The new strength of the humanities could lie their expertise in contradictions and ambiguity, in fluid ideas and ideas that are difficult to comprehend, in what already exists and what is yet to be.

Resilient humanities (Geisteswissenschaften) would not have to expel the spirit (Geist), but they would do well to seek its functional equivalent elsewhere. The business of producing cultural meaning is not limited to human beings. Animals have just as much a part in this as machines or algorithms. Artificial intelligence is creating independent ‘native digital data,’ which do not derive from the digitalization of something that already exists in the world. Cultural robotics is enabling robots to create and participate in culture, and deep neuronal networks, which are used within the framework of machine learning, are likewise releasing products with self-will into the world. The humanities are being enriched by cultural analytics (in Lev Manovich’s terms), which elevates big data into the object of a different form of cultural-theoretical work and defines both the content of this activity as well as its methodology. As a reaction to big data and datafication, new habits of reception have become necessary. Over the course of data visualization and data physicalization, new forms have emerged with a worldliness of their own, and these forms have themselves given rise to new modes of interaction. If, by means of immersive analytics, one can submerge into data sets, navigate within them, and operate them, then it seems as though the humanities of the future will not suffer from a lack of objects — and this is not even to mention the dynamics of still unforeseen cultural techniques.