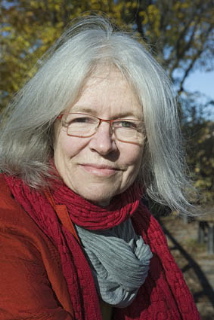 Adjunct Professor, Aarhus University, Denmark. Has participated in the building of Feminist Studies in Scandinavia and Europe more broadly since the 1970s. Has recently co-founded  international networks for Queer Death Studies, and for Ecocritical and Decolonial Research. 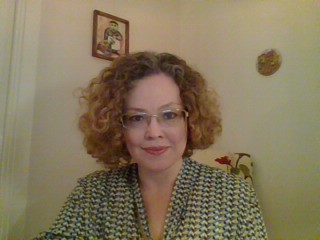 Madina Tlostanova is professor of postcolonial feminisms at Linköping University (Sweden). She focuses on decolonial thought, particularly in its aesthetic, existential and epistemic manifestations, feminisms of the Global South, postsocialist human condition, fiction and art. Her most recent books include What Does it Mean to be Post-Soviet? Decolonial Art from the Ruins of the Soviet Empire (Duke University Press, 2018) and A new Political Imagination, Making the Case (co-authored with Tony Fry, Routledge, 2020). 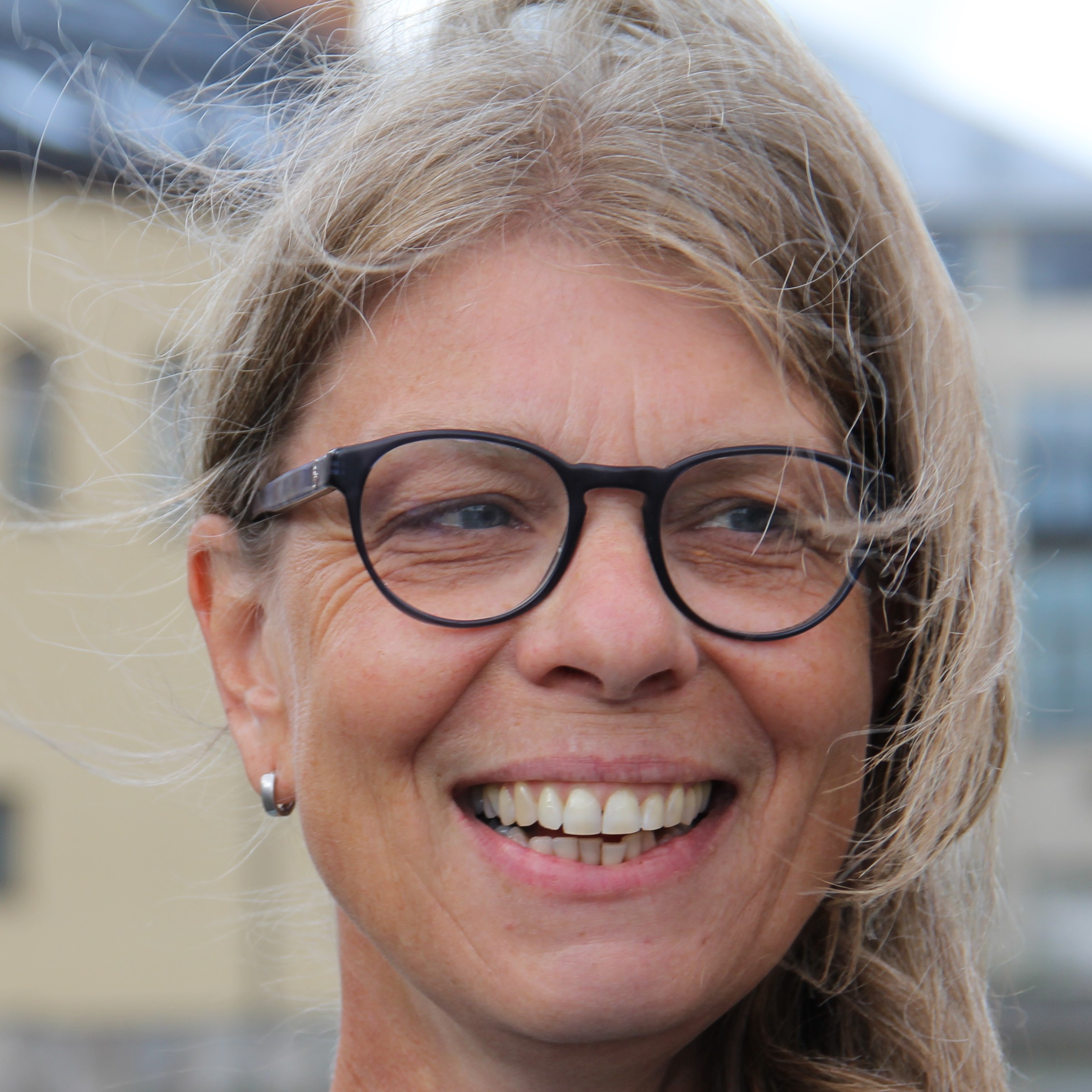 Bodil Axelsson is professor of cultural heritage at Linköping University (Sweden). She has a broad interest in critical heritage studies, uses of the past and museology. Currently her research focuses on the implications of big data and artificial intelligence for the agency of displaying digital collections. Her most recent publications include “Property, Licenses and Labor when Memory Institutions Converge with Informational Capitalism” (Nordisk Kulturpolitisk tidskrift) and “Online collections, curatorial agency and machine-assisted curation” (The Routledge Handbook of Museums, Media and Communication).

In the face of the COVID-19 crisis the alleged decline of the humanities has clearly come to its end, making space for their revival and increased relevance in the new context that is discrediting the very status-quo Anthropocene/Capitalocene (Haraway 2016) conditions and assumptions that have normalized the ‘decline’ before. We believe that the humanities are becoming more important, notwithstanding the interconnected global challenges such as physical and existential unsettlement, climate change and environmental destruction, post- and neocolonialism, racism and sexism, lost teleology and chronophobia (Tlostanova and Fry, 2020), the failure of politics, the increasing derelationality (or narrow specialization) of knowledge, dysfunctional international relations, ontological and technological transformations of reality and the human, continuous erasing of memories and cosmologies, defuturing of human and non-human lives on Earth, and Anthropocene necropolitics (Lykke 2019). Humanities are highly responsive to these shifts, which leads to the emergence of post-, and interdisciplinary areas of inquiry, while simultaneously questioning and renewing humanities agendas, and revamping them for the future. Potentially the humanities still maintain some of the necessary instruments for complex reflections on reality and the human in its relation to the non-human, but critical post-disciplinary ways of approaching the humanities seem urgent. Against this background, networking and collaboration across and beyond the humanities are crucial, and within the framework of global efforts to further such collaborations, we are seeking to critically analyze the ways in which the contemporary world calls for renewal of the agendas in the humanities and the ways the humanities should be reimagined and recalibrated in response to this call.

There are certain human issues, or even issues of the human as such, that require complex relational and critical epistemic attention and cannot be understood exclusively through the hard sciences, which are more easily subsumed by normalized economic growth and political ’status quo’. Such include, for example, matters of immigration, racism, sexism, and Earth exploitation that are impossible to solve technologically if we stay within the same paradigm that created these problems, and that does not care about the well-being of human and non-human life, and the Earth more generally. The COVID-19 crisis has also triggered a shift in our basic anthropic biosocial and psychosocial parameters, affects, proximity to the world and other humans and non-humans — that also needs to be addressed via the humanities.

Since all knowledge and understanding, as we know it, is human understanding, every scholar and scientist has an ethical, political and critical responsibility toward the humanities and in the wider production, dissemination, transformation, and enactment of knowledge. Moreover, as it is also highly necessary to critique, rethink, and expand current understandings of what scholarly knowledge is in light of indigenous philosophies as well as non-human agencies, (recalibrated versions of) humanities-based methodologies of critical self-reflexivity are urgently needed in all scholarly work, generating an additional need for broad scholarly attention to the humanities.

We think that the current complex of converging crises with its slow, long-term (climate change and environmental destruction) and fast, short-term (COVID-19) manifestations cannot be properly comprehended without an overarching relational humanities perspective. Such a perspective should be grounded in core humanistic values, critically reflecting on ‘the human’ in its relations to itself as well as to the non-human, while paying close attention to new and emerging humanities research areas, which establish synergies across the borders of disciplines — such as digital, environmental, medical, decolonial, queer and gender-focused humanities, critical heritage studies and human-animal studies, many of which also spill out into non-academic spheres such as film-,  arts- and literature-based research.

We believe that rethought humanities cannot remain universalist or claim to build metanarratives explaining the world in its entirety (Gordon 2006; Osamu 2006; Tlostanova 2018). Critical posthumanities (Braidotti and Hlavajova 2019; Braidotti and Bignall 2019) delink ‘the human agent from the universalistic posture, calling him to task… on the concrete actions he is enacting’ (Braidotti 2013: 223). They focus on the deconstruction of the subject as a unitary and homogenous entity reimagining it instead as increasingly complex, problematic and relational, as well as framed by sexuality, corporeality, empathy, affectivity and desire. The post-humanities then become lose ‘fields of knowledge production with their own profile’ yet ‘keeping up a transversal openness and a dialogical approach to all academic disciplines’ (Lykke 2010: 8). Therefore openness, defined against this theoretical background, frames our approach in mapping out the Nordic humanities.

Importantly, key research on the humanities in the Nordic region argues that it is time to move beyond a mere reactive and instrumental defense of the humanities as well as to break out of national and disciplinary frames to address global challenges through new inter- and post-disciplinary, pro-active, but open-ended reflections on the humanities’ potential contributions to the rethinking of changing human and planetary conditions (Jordheim and Rem 2014, Ekström 2016). There is also a growing recognition that a reontologization of the human in its relation to other humans, and to the non-human world is much needed (Gudmand-Høyer et al 2015). As one of the institutional bases for this development in Sweden, ACSIS (Advanced Cultural Studies Institute of Sweden), a national centre, which supported the development of interdisciplinary Cultural Studies in Sweden, active 2002-2018, deserves mentioning (Axelsson and Fornäs 2007), as well as the currently active Swedish think tank Humtank that aims at conveying the societal value of the humanities to politicians, university leaders and the general public (Humtank 2020).

Generally, there is a growing recognition in the Nordic region that it is urgent to insist on a future role for the humanities in society not only as a ‘support’ and ‘instrument’ for other disciplines, when it comes to problem-solving, but also as a contributor in its own right to the definition of societal problems. It is, for example, notable that the Norwegian government’s recent white paper on the humanities puts focus on ways to unleash what is framed as the humanities’ potentials to deal with contemporary challenges. The white paper also stresses that the humanities are ‘most relevant when they can contribute on their own terms’, rather than being included ‘in a narrow utilitarian sense or as mere supporting disciplines’ (Meld. St. 25, 2016–2017: 6)

COVID-19 amplifies unsettlement, downsizes and humbles humanity to a more realistic dimension, while accentuating new forms of inequality, but also new paths to solidarity, which are difficult to implement yet crucial to address through humanist enquiry.

Humanities are vitally important in the struggle to defy the coronavirus-induced suspension of the future and to imagine new ways of making sense of our lives after the COVID-19 crisis and in the context of the more complex and converging crises in the near and distant future, as well as challenges of imminent digital slavery, permanent state of exception and ‘corona-virus capitalism’ (Klein 2020).

*Ekström, A. (2016) “A failed response? The humanities in transition” Akademisk kvarter. Tidsskrift for humanistisk forskning. Vol 13:10.

Haraway, D. (2016) Staying with the Trouble. Making Kin in the Chthulucene.  Durham: Duke UP.