Humanities: Past, Present and Future? 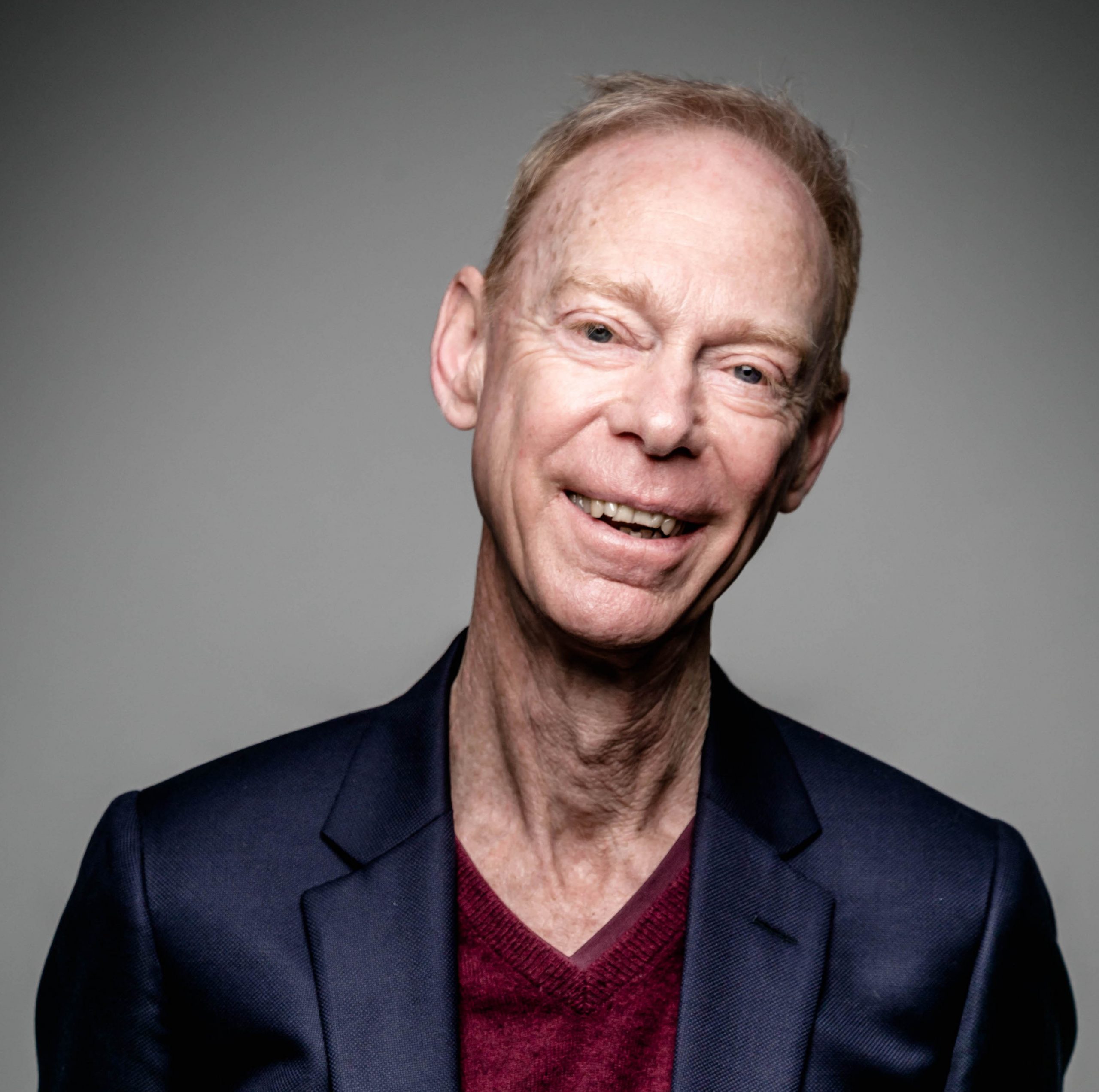 Graham is Professor of Historical Cultural Studies at the University of Brighton and Director of the Centre for Memory, Narrative and Histories, which he co-founded in 2008. As a PhD student in the early 1980s he was a member of the Popular Memory Group at the Centre for Contemporary Cultural Studies, University of Birmingham. He joined the School of Humanities at the University of Brighton in 1987. He is author of Soldier Heroes: British Adventure, Empire and the Imagining of Masculinities (1994), and Making Peace with the Past? Memory, Trauma and the Irish Troubles (2007); and co-editor of several books including The Politics of War Memory and Commemoration (2000), and The Northern Ireland Troubles in Britain: Impacts, Engagements, Legacies and Memories (2017). His next book, After the Troubles: The Cultural Politics of Conflict Transformation in Northern Ireland, will be published by Manchester University Press in 2022. 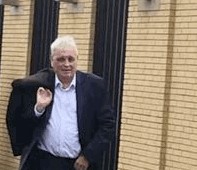 Paddy was born in Wythenshawe, Manchester ( then the largest public housing estate in Western Europe), the son of Irish immigrants. After studying history at York, he worked in publishing and taught English in Spain before completing a doctorate in British industrial politics 1914-1922. He taught at Brighton University from 1978 becoming Head of Humanities in 1996. He was active in both the History Workshop movement, Labour History and the Workers Educational Association. He has published on a variety of topics including working class writing, literature and politics, the co-operative movement, social class and Labour politics and Design and the British economy.

In 1961 Raymond Williams, who would become one of the foremost British Marxist cultural theorists of the twentieth century and who saw himself as a Welsh European intellectual, wrote an open letter to all Workers Educational Association tutors prior to his departure for Cambridge University, extoling the virtues of education as ‘the organisation of justice and the institutions of democracy are worth fighting for’ and proclaiming his own social purpose as ‘the creation of an educated and participating democracy’. A year earlier, coming from a different cultural, educational and occupational trajectory, C. P. Snow had published The Two Cultures, lamenting his perceived gap between Science and Humanities with the former, in Britain, living in the shadow of the latter largely as a product of the education system.

The echoes resonate today in a heightened but mutated and damaging fashion. Snow’s polemic resonates both in the British right’s constant and growing war against a state apparatus (civil service) it views as dominated by feeble, metropolitan arts graduates ignorant of business and technology. It is increasingly entrenched in higher education policy with a stress on reducing graduates to salary prospects and university education as a servant of future material rewards and presumed economic priorities – the lower the cash value, the lower the subject status. As an aside, it might be observed that some 40% of financial services employees in the United Kingdom are Humanities graduates. In similar vein, a 2015 Oxford University Research study highlighted the occupational and other services of Humanities graduates to the UK economy and society, not least because they were able ‘to continue to learn new technical and other skills, communicate well and adapt actively in the context of new challenges’. Even University research is increasingly dominated by the Hedge Fund mentality of hollowing out assets for short term results (‘impact’) at the expense of long-term robustness, depth and vitality.

If Snow’s polemic has proved prescient, albeit not in the fashion he intended, Williams’ vision appears buried under the weight of a vibrantly resurgent, transformative capitalism. In this world individuals are increasingly less citizens, certainly not in the French revolutionary sense, than consumers, not Williams’ active agents but passive consumers. Social relationships are increasingly viewed not as collective and constructive but as individual and transactional. In this world, the postwar Labour Prime Minister of the UK Clement Attlee’s version of democracy as ‘government by discussion’ is usurped by government by slogan. Two years before his WEA missive, Williams had made an observation about the growing impact of a commercialised society (‘affluence’) in a discussion with Richard Hoggart, a distinctly non-Marxist cultural critic, for the inaugural issue of New Left Review: ‘They want to breed out differences so that we become more predictable and more manageable consumers and citizens, united in fact around nothing … [concealing] the basic inhumanities: in respect, in education, in work’. In that, Williams was far more perceptive than in his WEA address even if, understandably, underestimating the extent to which this phenomenon would become deeply embedded and largely uncriticised.

Humanities, as subjects linked and defined by a common commitment to, and methodology of, critical thinking, analysis and synthesis, and detached intellectual interaction with the changing world and explication of it and, not least, in the Renaissance sense, the promotion of humane values as the essence of humanity, could hardly be expected to remain untouched by such seismic changes. Still less could their natural incubator and disseminator, Universities. Increasingly Universities have become as subject to commercial or market pressures as other areas, particularly in England with an aggressively short-term funding structure, ensuring budgets are predominantly tied to annual student intake, demeaning both the student as consumer and the (increasingly precariously employed) tutor as producer. Williams’ ‘basic inhumanities … in education’ takes on a whole new meaning in this context, reducing ideas to commodities to be circulated as rapidly and cheaply as possible. Not surprisingly, Universities as institutions have largely not just accepted but positively embraced such an approach, their leaders under the delusion that they are key players in the illusory ‘knowledge economy’, firmly believing that academic freedom is the freedom to agree. These are largely institutions justifying their utility in terms of input to national or local economies, awash with ‘mission statements’ signifying less than the emperor’s new clothes.

The bedraggled forces of Humanities struggle on, but not without considerable material advantages. These are subjects which, as English Vice-Chancellors realised and rapidly exploited, are cheap to run, and elastic in supply, despite the antagonistic intellectual climate. In that sense, in higher education, Humanities subjects are booming in the UK, financially contributing substantially to the maintenance of provision for Science, Technology, Engineering and Maths (the so-called STEM subjects in Britain). Moreover, in the broadest sense, the products of Humanities are immensely popular not just with students but with the wider audience for media dramas and historical fiction like Hilary Mantel’s Thomas Cromwell trilogy, a re-imagining of the life and significance of English monarch Henry VIII’s fixer and the religious and political complexities of Reformation Europe. Furthermore, Humanities scholars require little in the way of specialist equipment or facilities, as University Vice-Chancellors would again testify, and the relative paucity of Humanities teaching and library facilities in the recent Universities building boom in income-generating student accommodation and Science and Technology parks, would underline. Thinking is not anchored to accommodation for Humanities scholars: Fernand Braudel largely composed his epic The Mediterranean, in a POW camp in Lubeck in the closing stages of the Second World War and Gramsci’s Prison Notebooks speak for themselves.

That is not a cause for optimism, particularly for the role of Humanities in the Academy but it is a cause for recognising the resilience and continuing relevance of this particular intellectual domain. As Brecht had his Galileo pronounce in his drama of that title, ‘One of the greatest pleasures of the human race is thinking’ and, perhaps despite the inclinations of some contemporary powers, thinking is not about to cease. Certainly, critical thinking, the ability to critically interrogate the external world, remains a core requirement of active democracy and more essential than ever. Defending and promoting the Humanities is equally more essential than ever for, as Brecht also proclaimed in his Journals, in an inhospitable and oppressive environment, survival is a victory not to be under-estimated.