Scientific Vision of the Humanities 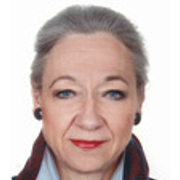 Gesine Lenore Schiewer is Chair of Intercultural German Studies at University Bayreuth, Chair of the Institute for International Communication and Foreign Cultural Work e.V. (IIK Bayreuth), Co-director of the International Research Center Chamisso (IFC), member of the advisory board of the Bavarian-Togolese Society (BTG). Her research interests include intercultural linguistics, communication and literary studies, emotion and conflict studies.

The acquisition of education, but also of knowledge of any kind, depends on the skills of differentiated communication. Through speaking, listening, reading and writing we get to know worlds, we expand real and imagined spaces, we shape the future.

The structures of all types and levels of education must therefore be strengthened by paying more attention to linguistic-communicative mechanisms, functions and effects.

Scientific and didactic approaches of intercultural linguistics and intercultural literary studies function as important sources of inspiration in this context. Those who seek not only to participate in global learning and global citizenship, but also to help form and influence it, need the best possible basis for recognizing, analysing and shaping both international and regional requirements ­– in other words, the ability to engage in differentiated and differentiating debate in speech and writing.

The corresponding thematic focuses, theoretical and methodological foundations, social perspectives and institutional contexts are outlined in the following six points.

In current innovation paradigms, social-cultural and intercultural factors are increasingly taken into account, among other things in view of the demographic development in contemporary societies, which are characterized by complex multicultural and multilingual structures (see for example Howaldt & Schwarz, Soziale Innovation im Fokus, 2010). Linked to this is the question of how the – critical – reflection on innovation processes in education systems and in education and cultural policy is to be mapped. This applies especially to innovations that are part of internationalization efforts.

In contrast to the past, when innovations were primarily regarded as technical innovations and central drivers of economic dynamics, current approaches to innovation research take into account, among other things, social prerequisites and relevant social influencing factors. For example, the interrelationships between social and technical innovation and between innovation and social change are receiving increased attention in science, politics, business, and society. Indeed, the complexity of current problems is creating an awareness of the limited problem-solving potential of purely technological innovations and established control and problem-solving routines. This development is related to the considerably accelerated and diversified dynamics of change in the economy, science, society, culture, and the natural environment.

The focus is thus shifted to institutional contexts, to the praxis of the political, state, and scientific institutions as well as the public, scientific, technical and economic actors involved. Furthermore, questions of the predictability and controllability of innovation, uncertainties of consequences, and the like arise, especially in the area of conflict between standardized globalization norms on the one hand and culture-specific patterns of perception and action in the various lifeworlds on the other.

Without exception, communication and relationship structures play a central role here, although often undervalued in view of our fixation on technology. It is therefore necessary to reflect and analyse this structure, make it transparent for education and design it responsibly for the future.

Especially now, when, for example, newly emerging nationalisms and pandemic events are putting previous patterns of thought and behaviour with regard to innovation and globalization under pressure, and not only their potential but also their limitations are becoming clear, it seems high time to initiate a suitable discourse between representatives from business, science, politics and society and thus to think about the future or global futures in a more focused and differentiated manner.

It is particularly important to strive for a balance between tangible and intangible added value. In this sense, an interdisciplinary discourse between the intermediary field of science, business, politics, and society seems apposite, a discourse that is scientifically founded but not detached, and committed to the principle of comprehensibility.

For this reason, appropriate educational concepts must be further developed hand in hand with the planning and management of innovative potentials in technology, business, and society. This includes an adequate educational spectrum with economic, technological, but also linguistic, communicative and dialogical aspects. Often, however, the focus remains on technical-economic aspects, while the requirements and challenges of pedagogical, didactic and general social innovation receive little attention, e.g. when it comes to including extracurricular environments in educational and cultural offerings.

Fundamental to such cross-departmental educational offerings is, in particular, training in the use of different scientific and technical languages, reinforced by concepts of inter- and transdisciplinarity.

The methodically guided handling of literary texts and, above all, intercultural literature make a central contribution to this by reframing language work as thought work (and especially as innovative thinking on options).

In particular, the work of intercultural authors in university, school, and extracurricular fields has great potential for the reflection on social structures and the activation of distinct cultural resources – not least because the ability to reflect on one’s own and foreign structures is developed through the dynamic creation of differentiated language and semantics for the self-description and self-organisation of a society.

Authors who explore the handling of new ideas and the possibilities of differentiation make a great contribution to this. The ability to reflect critically on social options and also to develop (‘play through’) alternative options is accompanied by complex communicative-dialogical requirements. Coping with these demands is a prerequisite for any ability to participate in society.

One of the basic themes of intercultural literature is the preoccupation with the complexity of social innovation. Authors enrich German-speaking societies with their own innovative language, often giving different perspectives a language in the first place, and offering intercultural understanding.

Intercultural authors have developed their own didactic concepts in cooperation with representatives of the fields of Intercultural German studies, German as a foreign language, and scientific didactics. These concepts have been tried and tested many times and have proven themselves. The series ‘Dialogue Didactics’, which is published by Jörg Roche (LMU Munich) and Gesine Lenore Schiewer (U Bayreuth) together with various authors, including the poet José F.A. Oliver, is based on such a concept. The volumes available so far cover a range of topics including language, dialogue and life worlds, language, dialogue and emotions, communicative participation, and interculturality in the context of globality — regionality — re-nationalization. The concept of dialogue didactics has been tried and tested in numerous classes at all types of schoool, in public workshops, and in teacher training.

The perception and use of existing international scientific networks is of crucial importance. This is because they are fundamentally independent of the instruments of foreign cultural policy, unlike in Germany, for example, the DAAD and the Goethe Institutes. Furthermore, academic networks such as the Gesellschaft für interkulturelle Germanistik e.V. (GiG) are indispensable language, educational, and cultural mediators, since they are represented worldwide by members proficient both in the respective regional languages and in major international languages such as English, German, French, and Spanish.

These central recommendations result from the above-mentioned focal points and the importance of scientific networks:

If you have any questions or wish to discuss our scientific vision for the humanities presented here, please feel free to contact me.